At the initiative of the Feather family, the southwest corner of St. Peter’s is now decorated by a beautiful nativity scene that can be enjoyed 24 hours a day.

Led by Vernon Feather, the life-sized figures and stable were cut from 3/4-inch plywood according to a template and painted white in the Smith Fellowship Hall during the early weeks of December. The nativity scene was installed in two hours on Sunday December 20 with a crew of 9 led by Vernon and Jim Dallas, supervised by artistic directors Sherry Ma and Clem Young, and with the encouragement of Father Sam, who suffered a mild ankle sprain on the slippery hill. 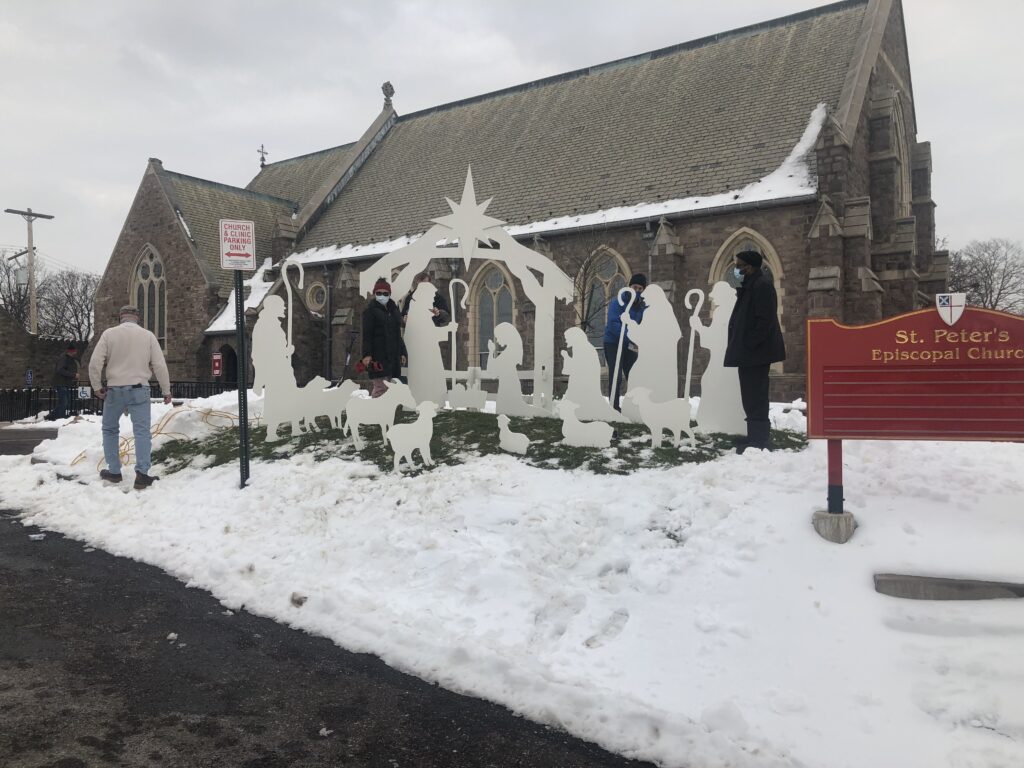 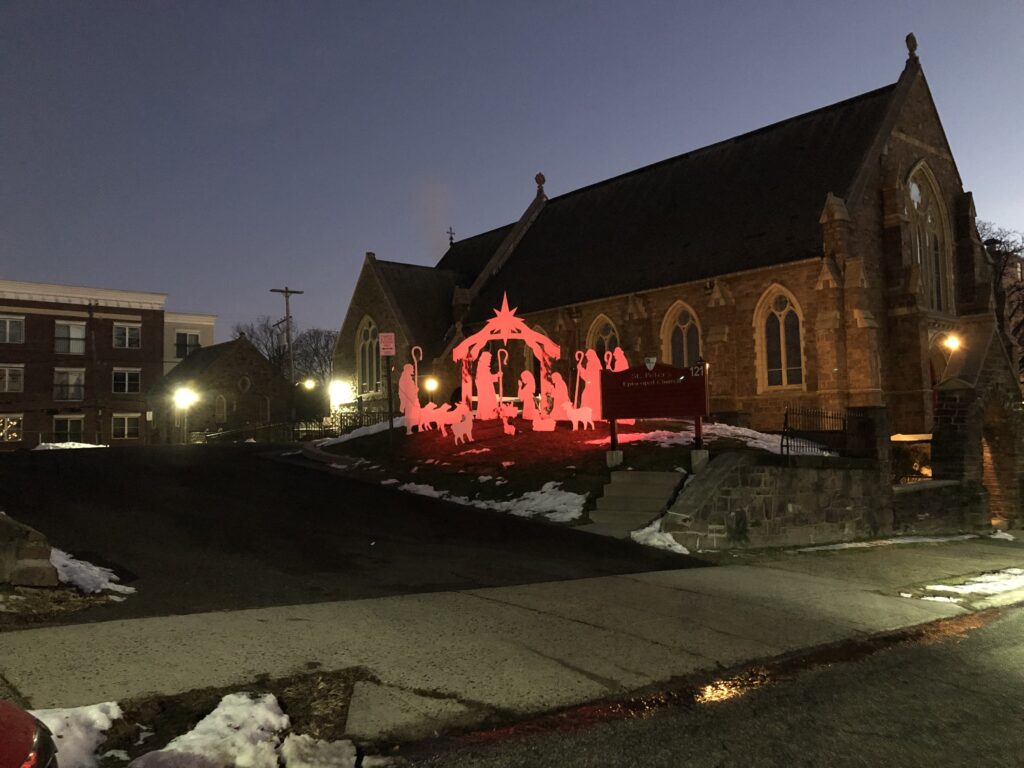 Sherry adds the woman’s touch in greening the stable posts and manger area, while Vernon and Victor secure the stable roof with cables, and Dave Meadows clears snow off the nearby steps (off screen). 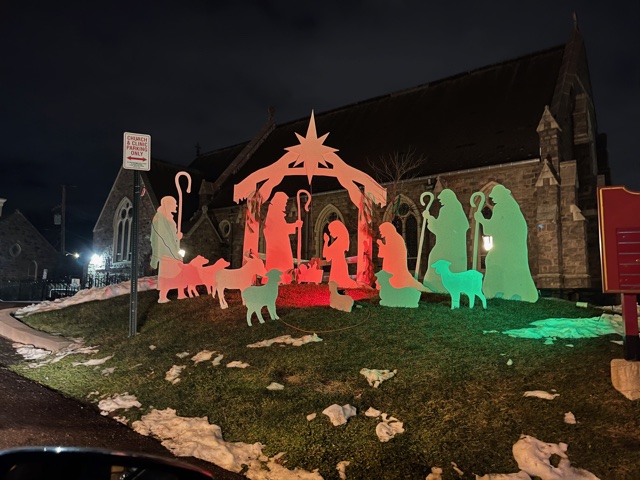 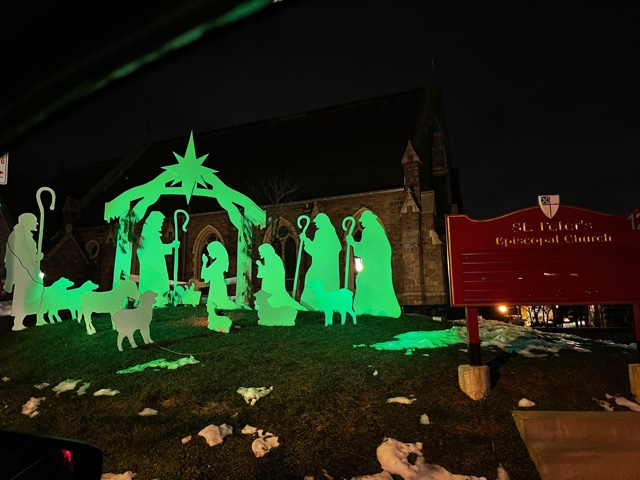 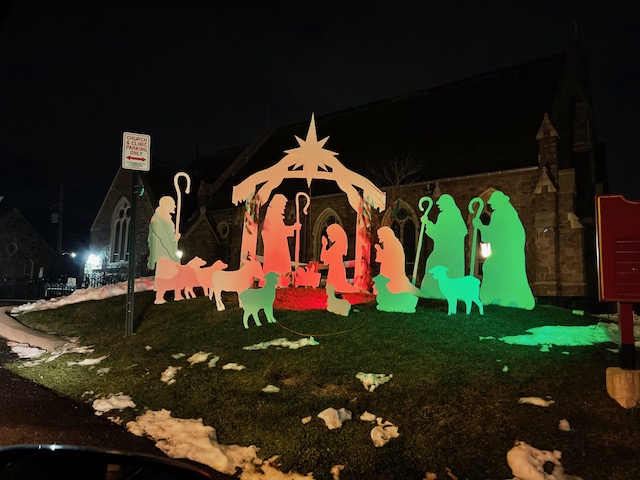